Can you guess these emoji movie and songs?

Show me your answers in the comments!!

Photo by Dulcey Lima on Unsplash

Photo by Steve Halama on Unsplash

I have had lots of fun taking part in the SBC 2020 and I have learnt so many cool ideas and visited amazing blogs! I am so sad that I only got to complete 4 posts but I will go back and complete them. I want to thank everybody especially Kathleen and all of the volunteer commenters!

When I was  looking at other peoples blogs, I saw such great blogs! People have such great creativity ad I have so much in common with some other girls! Some people talked about COVID -19 and it really inspired me to keep going and to be kind to everybody!

I saw so many cool blogs and designs! My favourite was a girl named Annabella! She had these cool photos and she had put a pretty theme on her blog!

Annabella – https://mvcsstudent74.edublogs.org/ : Annabella’s blog was so pretty and full of fun posts! You should definitely check her blog out!

Chloe – https://canariescoco.edublogs.org/ : I loved Chloe’s blog because she had put so much effort into her book review and she loved Hogwarts just like me!

Ellie – https://ellieayer19.edublogs.org/ : Ellie’s blog was sooo interesting and she did a great book review about ‘Racing in the Rain’! She used so much colour and she is a great writer!

The first task on the SBC 2020 is writing a post about your avatar, this is mine…

I made my avatar on this website  and my avatar is a representation of me!

I have brown hair that is fairly below my shoulders, I like to wear blue and coloured clothes since blue is my favourite colour.

When me and my family go on beach holidays I enjoy building sun-castles and swimming in the ocean with my sisters and cousins.

I am a very funny and easy- going person which is why I like to wear bright and colourful clothes. I don’t usually wear plane white or black clothes as it simply just doesn’t represent me.

I haven’t been blogging for very long but I already know I love it, while blogging I get to produce my inner creativity!

That is the end of Post 1 Week 1 , I hope you enjoyed it and comment down below! 😊xx

Comment 2- 8/10 This comment is very interactive, it has asked questions to pose a sense of wonder for the blogger. It has excellent spelling and punctuation and it is very helpful and informative.

Comment 3- 6/10 This comment is good because it is providing the blogger with a sense of accomplishment since he/she has helped the reader despite this the commenter has not given any helpful feedback or advice for the blogger.

Comment 4- 3/10 This comment is not helpful for the blogger in any way. Sally has talked about irrelevant topics and has used various slang words and has many spelling and punctuation errors.

Comment 5- 7/10 This comment is quite helpful and effective in regards to the blogger, Tom has given feedback in many areas of the post. Despite saying this I would have used better wording in some sentences.

Comment 6- 2/10 This comment is about a completely irrelevant topic and doesn’t give the blogger any helpful information. It has many spelling errors and it uses slang and text words.

Comment 7- 3/10 This comment has basically zero helpful information and the person who commented didn’t give any reasons for liking it.

From most to least helpful- 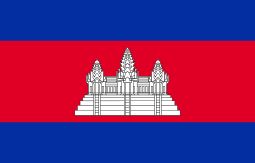 2. Cambodia is located in Southeast Asia.

4. Cambodia is located in the northern hemisphere as well as the eastern hemisphere, it is in the tropical zone.

5. Cambodia’s official national language is Khmer, it is spoken by nearly 90% of Cambodia’s population!

7. Australia and Cambodia share a defense organization that is focused on professionalization for the Royal Cambodian Armed forces.

8. Did you know Cambodia used to be called Kambuja?

The Philippines- directly east from Cambodia

Some challenges I had…

The best Christmas ever!

On a Christmas Eve night, the Johnsons were preparing for the arrival of Santa. Lily and Mike were arranging the milk and cookies, but Daisy was out of sight. Meanwhile, two-year-old Daisy and Lollipop (the dog) were sitting on the front doorstep calling, “Santa, Santa, where are you?”.

It was the morning, Daisy jumped out of bed and was disappointed to see nothing, the cookies were still there, no presents and no Santa! Suddenly Daisy heard a loud whirring noise, Daisy looked up and spotted a big dark flying machine, “Mike, Lily come quick!”, Daisy called. As soon as Mike and Lily arrived, a strange creature jumped out of the machine. “Hello children, hop in”, the creature said in a robot-like voice. Even though the children had never seen this creature before the strange figure pulled them into the machine and together, they flew off.

As the machine came to a halt the three children saw an amazing sight. Straightaway Daisy jumped out, then she saw it, “Were in Candy-Land!”, Mike and Lily chorused.

adopt your own virtual pet!